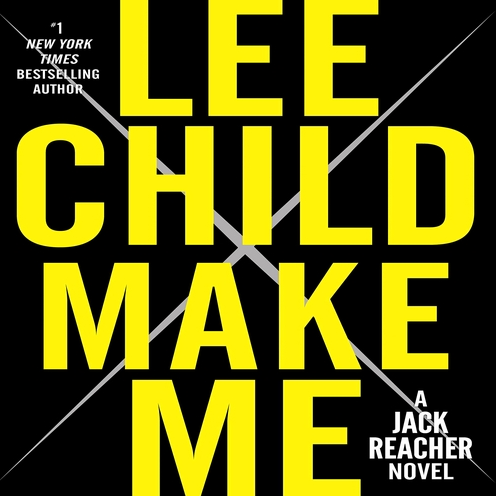 This is a bit different to many Jack Reacher titles. It is overly long, or just seems that way. He teams up with fired (retired) FBI agent, who becomes his partner (in all forms of the word).

The problem I had with this book was the slowness. The action was fast, interesting and the killers on their trail were at times idiots and at other times smart. In all times they failed. The shootout in the hallway gave me pause but over all, this is a decent Jack Reacher novel.

Much better than what his brother writes.

Overall, this a decent Time Travel book, with an interesting twist and based in Russia. The details are great. The action sudden and enticing but the mistrust between the main characters was infuriating. Maybe that was the point.

It took a long time for me to warm up to the main character. She wasn't realistic in my eyes. I'm sure other readers loved her.

The Institute by Stephen King

I stopped at the half way mark. It just went on and on and on. Get on with the story, King. The writing is good. The story had promise. I know that King was building up the characters and giving them lives and so forth. In his book on writing he says to cut the unnecessary. Is he taking his own advice? I think not.

What's the book about? Kids with super powers basically. A whole bunch of miniature sized Carrie. The story centers around Luke, a child prodigy. Sometimes, stuff around his moves a little. This is noticed by a group of people and Luke is kidnapped. His parents are killed the same night.

At the institute, he is surrounded by many others who, like him, have powers. Tests are performed on these kids. Child abuse tests. But they are rewarded with coins which they can use for stuff like cigarettes and booze. Nothing is off limits.

My biggest pet peeve was all the Trump bashing. Leave politics at the door, man. I don't add NZ politics into my books.

And I'm not the only one to believe politics should be left at the door. The first two top reviews from Amazon: 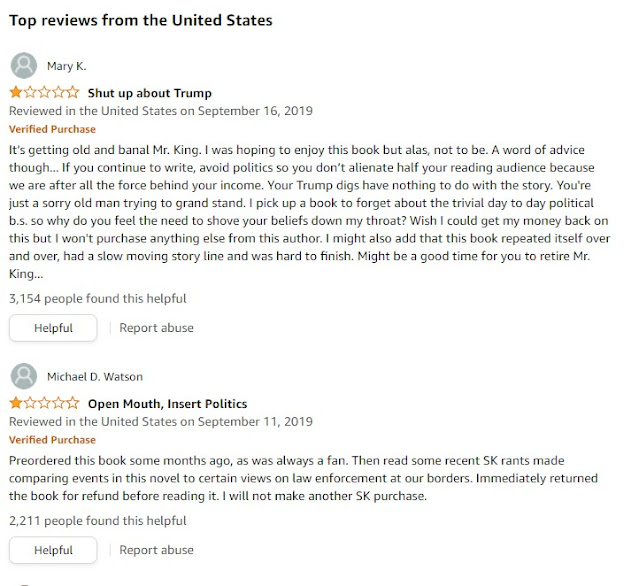 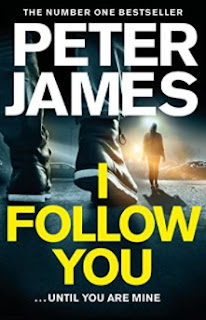 I haven't read Peter James for a long time. I remembered the name from one of my favorite books: Host. A novel about a man uploading his consciousness into a computer. When he started writing crime, I wasn't all that interested. Now, that I write thrillers (switching from a life-time of horror novels), I attended Thrillerfest hosted by ProWritingAid. It was a massive one week event and it was all online.

Peter spoke a little about "I Follow You". I went to Audible and snagged a copy. All these months later, I finally had a chance to devour it.

I shit you not, this is a damn good book. It tells the tale of obsession and madness. Marcus Valentine is a top obstetrician, married and the father of three small children. He seems to have it all, until one day, he almost hits a woman whom reminds him of a jilted teenage lover.

Could it really be her?

She shows up at a dinner party he is hosting. Georgie Maclean is a personal trainer and runner. She is 41 and is pregnant. A miracle she thought would never happen. Marcus's obsession takes off from there.

And the tension ratchets up from there. It is a tad slow in the beginning building characters and scenery. It slows (a little) at the 3/4 mark when her fiancée is in hospital. One of the best things in this book, is how Peter James slowly builds up the growing obsession. Marcus truly believes he should be with Georgie.

The kind worth killing by Peter Swanson

A devious tale of psychological suspense so irresistible that it prompts Entertainment Weekly to ask, “Is The Kind Worth Killing the next Gone Girl?”

Peter Swanson’s new mystery, The Kind Worth Killing, is intricately plotted, fast-paced, and made up of tightly constructed scenes.

Chilling and hypnotically suspenseful … could be an instant classic.” -- Lee Child, author of Personal

And many, many, more.

My question: Did these reviewers read the book? 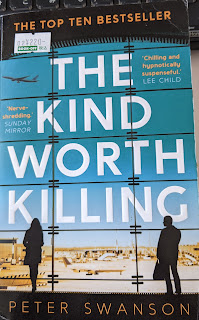 This book was a paperback read for me, which is unusual as I normally prefer audio books, but I stumbled upon it in a second hand bookstore. I snatched it up. Read Lee Child's comment and Sunday Mirror claiming: Nerve-shredding.

Peter Swanson, never heard of him. However, I like these kinds of books (as I've started writing them), so, I bought it.

The reviewers are spot on, for the first half of the book. It might have worked if Swanson haven't done a massive U Turn. It was a surprise, and he me, the end of the book. I hate it when authors pull this kind of shit. From that point, I kept reading to see how it ended and it was good. And the letter from her father...what a killer ending.

Basically, the story is about Ted, a very wealthy man, who discovers his wife is cheating on him with a house builder. And he wants to kill her. But he is a normal dude and in a bar in an airport, he meets Lily, and spills his guts to her.

Together, they come up with a plan to kill his wife and her lover and they plan how to get away with it. She'll help him.

Lily knows what she is talking about. 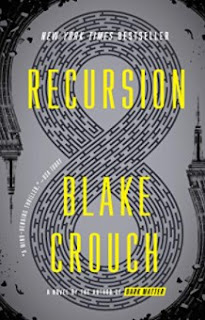 A number one bestseller.

The story concept is great, the execution however was not good. What was with the spiritual guys explaining science in such a manner?

Normally, I love Black Crouch books from Wayward Pines to Dark Matter, but this book was very confusing to follow in Audio form, so maybe it works better in print form. I gave it several hours but couldn't bare finishing it. Pity. The concept was bitching.

The Sentinel: A Jack Reacher Novel 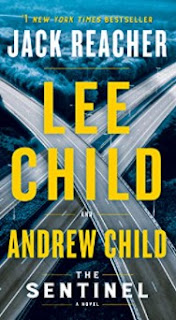 Lee Child and his brother, Andrew, penned this. Mostly Andrew, I think.

This Jack chats and asks dumb questions. Well, not dumb but not what I expect of Reacher. Plus a Russian collusion. And he's gone all touchy-feely. Has Andrew read the Reacher series?

This book starts of like a Reacher novel -- trouble finding him. He gets off a bus and feels like some live music. He finds a bar, and one thing leads to another and he sets a few people right. This was a great start.

The band that he helped drops him off at a small sleepy town where (in time) he meets Rusty.  A guy he saves from getting jumped. The cops arrive and he gets arrested. The guy he helped is the small town's most hated man. He fucked up the city. The town is under a Ransonware Attack. Really? The whole town. Rusty is blamed. But not all is as it seems, especially in a Reacher novel.

From here it kind of lingers on. Reacher starts doing non-Reacher stuff.

The plot is weak as fuck. BUT, a few of the latter Lee Child books were also found to be wanting.

I couldn't finish this book. I was near the end as well.

I always give new authors a two book chance or three books, so I will be buying Better off Dead, in due time.

Save the Cat Goes To The Movies 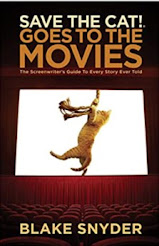 If you are looking to learn more screenwriting in this book, think again. It is a collection of pitches followed by a synopsis of the movie. He lays out the beats for you as he tells the tale. Most of these movies are kinda recent.

It is a damn interesting read for almost anybody.

Writers will learn by osmosis how to write the dreaded short and long synopsis editors and publishers are looking for. They wanna see the big picture. Your story telling skills will be analyzed at a later date.

I'm not a scriptwriter, but I heard that if you have all three of these books, you'll have a complete screenwriting course in your hands. Not sure if that's true.

Not having read the original, let's me rate this book as a stand alone.

It's a little this review. Mainly because, even though I don't write scripts, many people will get value from this as I did.
at January 31, 2022 No comments:

This is a bit different to many Jack Reacher titles. It is overly long, or just seems that way. He teams up with fired (retired) FBI agent, ... 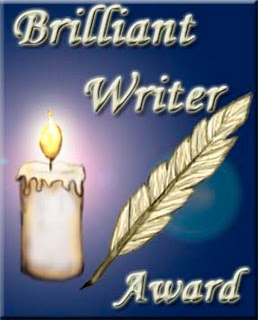